Maj-Lis Johansson has been a missionary in Portugal since 1972 and has lived through a traumatic time in Portugal’s history after the ‘Revolution of Carnations’ on 25th April 1974.  I still remember Maj-Lis telling me how she woke up that morning to find tanks on the streets of Lisbon.  As a former nurse and midwife, she is very qualified for her role as a social work missionary.

Maj-Lis’ late husband Eskil was the Director of Ibra Radio a Swedish Christian Radio ministry which had large radio antennas at Sines that enable the gospel to be preached right into the former communist world and the Arab world.

After travelling around with Eskil ministering the gospel through radio and other means in more than 100 countries, Maj-Lis and her husband settled in Carcavelos, a western suburb of Lisbon.  Siloam’s first connection with the ministry in Portugal was indeed through Maj-Lis Johansson who had first become in contact with Richard Norton, Siloam UK Director, while he was still working with a former organisation he worked with back in 1978.

Following Richard Norton’s return from India in February 1984, Richard renewed his contact and friendship with Maj-Lis Johansson and began to assist her ministry in and around the Carcavelos area.

Maj-Lis Johansson was indeed a prime contact for Siloam Christian Ministries in Portugal in those early years and Maj-Lis Johansson provided several contacts for Siloam to work through, the length and breadth of Portugal.  Aid was initially sent in the form of vanloads of used clothing and other aid including wheelchairs and medical equipment used by fledgling care homes set up under the auspices of the Assemblies of God Church in Portugal.

Now Maj-Lis who is 81 years old refuses to retire and still continues with her Christian social work ministry helping desperately poor families in the slums and shanty towns which most politicians in Portugal find a great embarrassment.  In the 1980s and 1990s when Siloam was more involved in taking aid to Portugal, the situation was visibly desperate and you could see beggars on the streets and many shanty towns or ‘baracas’ where impoverished families fleeing the African wars in Angola and Mozambique that set up homes.  Much of those conditions have now disappeared from the landscape of Portugal but many poor people are more likely to be hidden away more now in high rise buildings where they are less obvious.  Many social problems still persist particularly among those who try to find relief from poverty through drugs, alcohol and prostitution so there is plenty of social need that needs addressing.

Maj-Lis Johansson is one of a number of missionaries that Siloam has encountered that are extremely self-willed and independent and even challenging to work with.  But, were it not for their strength of character and personal determination backed up by their strong Christian faith, such missionaries would not survive!

Gifts that Siloam send to Maj-Lis Johansson are used to help on a daily basis to those she comes across who need practical Christian help.  She is unwilling to help fund large projects that others in Portugal may be more willing to embrace, due to her simple nature and uncomplicated attitude to ministering to people one-to-one.

Those who support Maj-Lis Johansson realise they are dealing with a missionary who has a great heart for the people she is able to personally minister to with her very unique sense of empathy.

Much has been written about Maj-Lis in the past and she was honoured by the magazine Nova Gente as ‘Woman of the year in Portugal’ back in 1984.  Later in 1990, a whole chapter named ‘A Heart for Everyone’ was written about Maj-Lis by Curt Carlsson’s in his book titled ‘Rediscover Portugal.’

Those who want to support this ministry give because they really want to.  As Maj-Lis would say, ‘it is not the wallet that decides but the heart.’

Maj-Lis is supported in her ministry by a number of local volunteers as her important role  is still very relevant today, perhaps even more so now that Portugal is experiencing a fresh influx of immigrants from former communist countries and even refugees from Africa and Asia who constantly cross Europe seeking a safe place of refuge.

This is how your donations for project: 047 will be wisely used – Thank you.

Want to make a donation by bank transfer?  We would welcome larger donations by bank transfer to save PayPal fees. To make a donation, please log onto your bank online or call them and use the following details to make a payment:
Siloam Christian Ministries, Account Number: 00932329, Sort code: 60-12-35
Bank Address: NatWest, 59 The Parade, Leamington Spa CV32 4ZX.
Please Quote Reference: Project: 047, your Initials and Surname 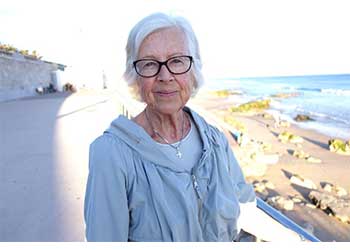 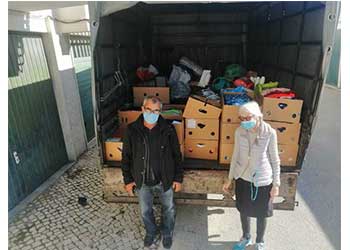 Maj-Lis Johansson with a member of a church in North of Portugal collecting aid. 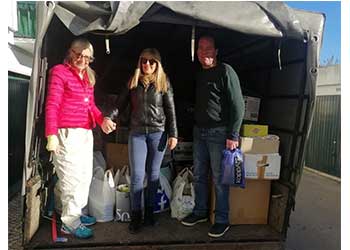 Maj-Lis Johansson with a couple who came to collect a consignment of used items. 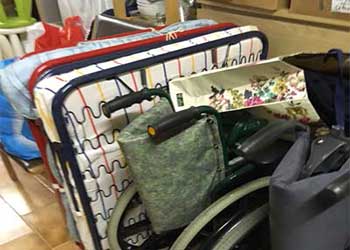 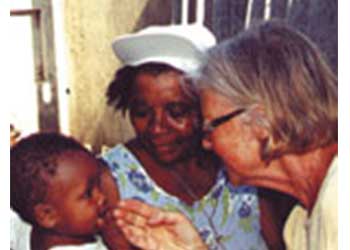 To show practical love in a Christian way means getting close to the people.
Maj-Lis has been active as a practical missionary in Portugal since the early 1970s