By giving food and hope at Christmas time, Siloam supporters can make a tremendous impact on a poor family or individual in Bulgaria. We obey the following scripture which is a command from the Lord Jesus to share with others particularly if they are Christians suffering deprivation.

“As we have therefore opportunity, let us do good unto all men, especially unto them who are of the household of faith.” Galatians 6:10

Bulgaria is a country with a population of around 8 million and was one of the last to join the European Union. For many years Bulgaria was known as ‘little Russia’ as this is where many of the policies of the former Soviet Union were tried out before being implemented by the Kremlin. After the Second World War, Bulgaria became a communist country and it wasn’t until 1990 that its impoverished people began to enjoy a little more freedom as the country became a fledgling democracy. Siloam’s history in Bulgaria goes back to 1992 when we first funded a Christmas parcel outreach which was made possible when our co-worker from Belgium, Fabien Vanquaillie travelled by road with a large supply of groceries which he had brought from Belgium. Since that time, Siloam has either provided food or in later years the money to purchase the food parcels and help the poorest of the poor in Bulgaria through the Church of the God of Prophecy in Rousse which is on the northern border of Bulgaria on the River Danube.

For many years Siloam enjoyed the fellowship and support of Pastor Peter Georgiev who had the oversight of more than 20 churches in northeast Bulgaria, perhaps the poorest corner of the country. Sadly, on 8th August 2020 Pastor Peter Georgiev passed away after suffering for sometime with a painful malignant tumour which was inoperable.

The new National Overseer of the Church of the God of Prophecy in Bulgaria based in Rousse is Pastor Darin Ivanov with whom Siloam has had contact for many years. Pastor Darin has also worked as a translator for many Christian organisations seeking to work in Bulgaria and he has a great heart for evangelism.

In 2020 Darin organised his first Christmas parcel outreach which provided 1,150 food parcels for adults and 550 smaller gift packs for children.

My own history of this ministry goes back when I first visited Bulgaria in the winter of 1994. Previously, I had visited our contacts in Romania ministering to mentally handicapped children in an orphanage and my friends transported me across the border via the Friendship Bridge over the Danube to the city of Rousse in Bulgaria. It was great to meet Peter Georgiev and his wife and to help them to shop at the wholesalers and farms to buy the contents for the first Christmas parcels they had themselves put together for their own poor people. That experience has never left me as we trudged through the deep snow with bags of groceries for poor believers who were so blessed to receive a token of Christian kindness at Christmas time.

Siloam believes it’s more cost effective and certainly helps the local economy if we provide the funds so that the food itself can be purchased in Bulgaria. Also, the labelling of the various food products need to be in the native language otherwise there could be some confusion if we imported food from outside the country which was not easily identifiable.

In recent years Siloam has spent £9,000-£10,000 each winter to fund our Christmas parcel outreach which we have learned has been a great help for the poor people the church is seeking to minister to and to reach the hearts and minds for Christ, while at the same time trying to alleviate hunger over the Christmas/New Year period.

Bulgaria continues to be a poor country even though it is now part of the EU which has also further hindered some social work ministry because EU regulations must be followed when considering employing staff and dealing with all the Health and Safety issues stipulated by the EU. This also means that property prices have risen considerably which has also not been helped by the fact that some folk from England and other parts of more prosperous Europe who have enjoyed holidays on the Black Sea have later returned to buy properties and land in Bulgaria as holiday homes.

One of the best ways that Siloam investors/supporters can help Bulgaria is by helping to fund our Christmas parcel outreach project: 039 and we know that those who contribute to this outreach will enjoy their own Christmas better knowing that they have made provision ‘for whom nothing is prepared.’

To know more about this outreach and to see it in action, please visit our special website featuring our ministry in 2021 that brought so much happiness, hope and cheer to the old, the young and the invalid in this forgotten corner of Southeast Europe.

Thank you for your love and concern for those in great need in Bulgaria.

Watch this video but anytime you want to stop
and donate, please click on the 'donate to this project' button above.

We would welcome larger donations by bank transfer to save PayPal fees. To make a donation, please log onto your bank online or call them and use the following details to make a payment:

To see our latest newsletter, please click here on the update button below: 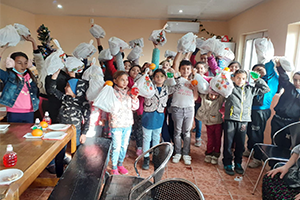 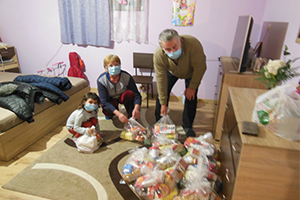 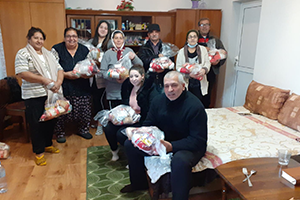 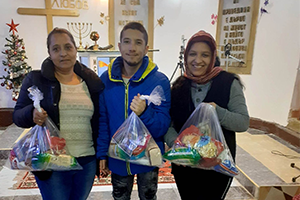